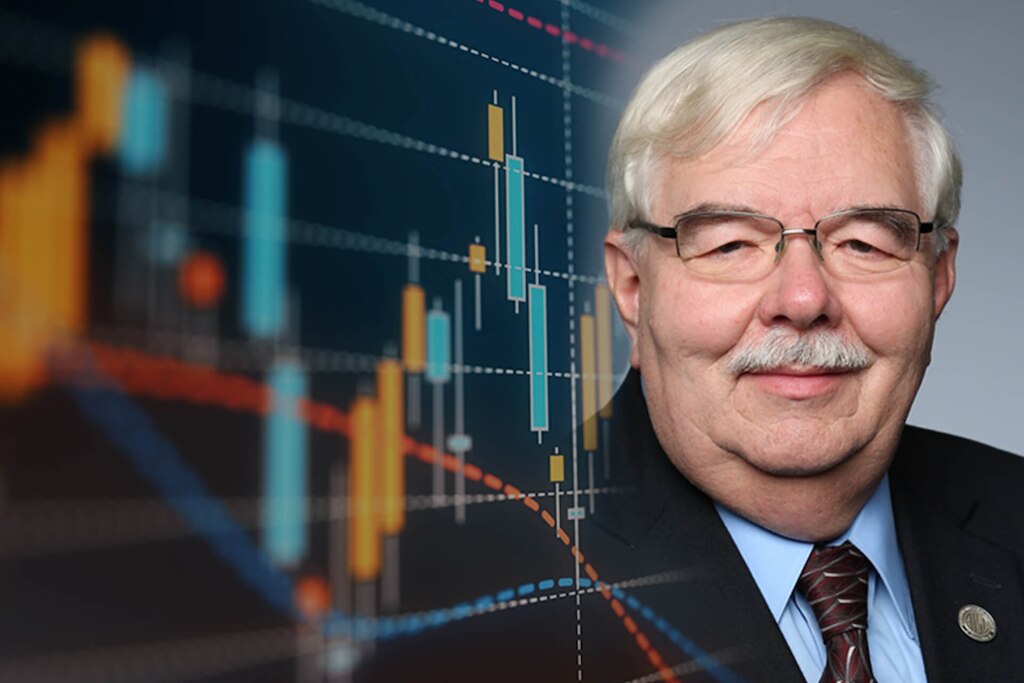 Musings About the Future of Construction in an Interrupted World

Mark Twain is purported to have said, “History doesn’t repeat itself, but it often rhymes.”As our country and world face the impact of a global pandemic, it is important to emphasize that the personal dimension of the pandemic in terms of its impact on the health, safety and well-being of our families, co-workers, friends and fellow citizens of the world is of much greater immediate importance than speculation on the economic impacts the pandemic will have. Yet, it is prudent to begin to wrestle with what the short and long term impacts will be on our businesses and the construction industry of which we are a part. 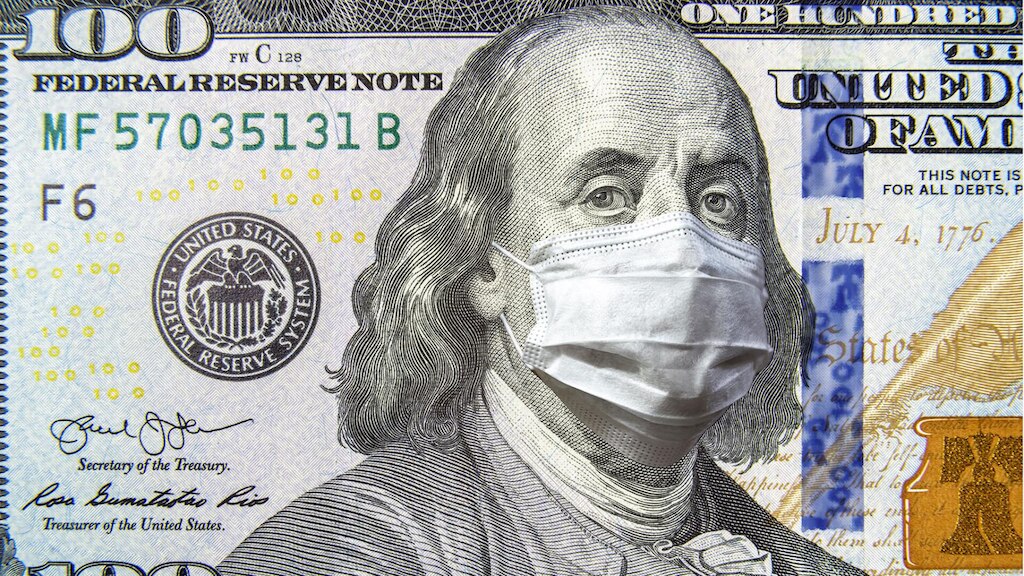 It would be presumptive for anyone to begin to predict the length of this crisis, the depth of the economic impact it will have and the level of construction activity during and after it. Over the years I have shared my perspective on future construction activity at many events around the country, and in those presentations I always hedged by saying that any prediction I made was always subject to an external “interrupter” not occurring. My list of those interrupters always included terrorism, natural disasters, war in the Middle East and pandemics. And now we are there.

But that doesn’t mean we are without a guide for the future. Mark Twain was right. We may not have experienced this exact sequence of events, but past history can provide us some insight.

There is little question that the economic and consequential employment disruption of the pandemic will result in the Gross Domestic Product (GDP) decreasing over the next two quarters and perhaps even longer. 68% of US GDP in the most recent quarter was driven by consumer purchases. Workers who aren’t working spend less. Even a cash payment from the government won’t offset the mindset that says “spend less”. Two quarters of negative GDP is the commonly accepted definition of a recession. We are going to go into a recessionary period. The length of the recession will be a function of the length of time the pandemic forces major closures of events, schools, stores, churches, construction sites, restaurants and bars (I live in Wisconsin and a good friend said, “I know it’s serious when they close the bars in Wisconsin.”) driving down employment. So the question becomes, “How does the construction market react to a recession?” The following chart illustrates the relationship between the annual change in GDP and the dollars spent on construction in the target market for structural steel (non-residential and industrial construction). 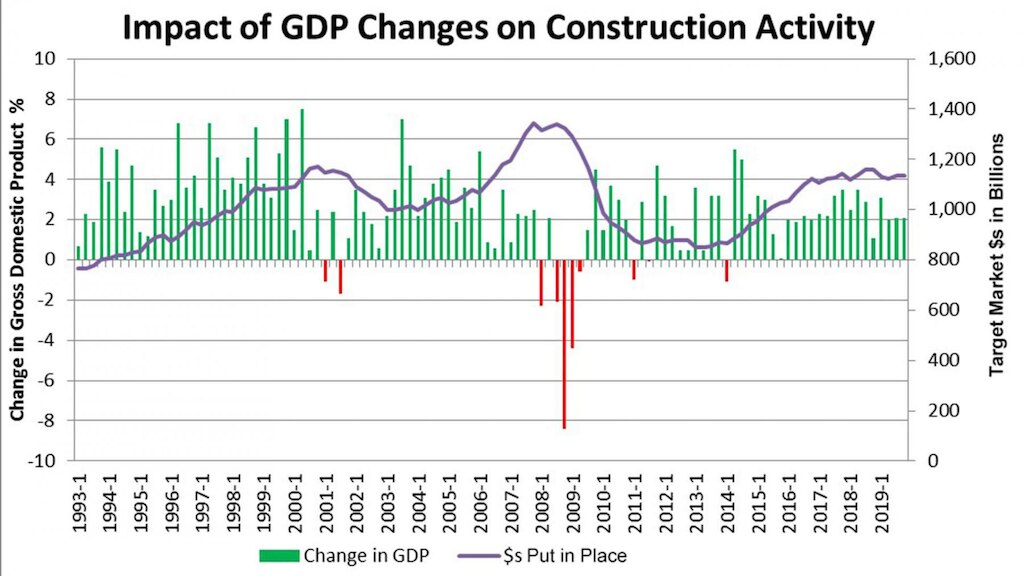 What we have learned is that the momentum of construction continues during the first several quarters of a recession with ongoing projects being completed. This assumes that not all building construction sites are shut down. According to a March 19th survey conducted by the Associated General Contractors, of 909 of their members 28% had received instructions to cease activity on at least one active project and 11% for projects scheduled to begin within 30 days. For building construction, fabricated structural steel is on the front end of a project and will see a decline more rapidly than the put-in-place construction values will show. During the Great Recession beginning in 2008, construction starts for buildings dipped within 90 days of the start of the recession, while actual construction activity did not dip for another two quarters. If a large number of building construction sites are shut down, supply chains compromised or absentee rates increase put-in-place construction levels will dip faster, but the life blood of the fabricated structural steel industry, starts will probably react as in previous recessionary cycles and drop quickly. The situation is different for industrial construction where the demand for fabricated structural steel is more uniform across the life of the project and it is less likely that these sites will be shut down as they are not in urban areas.

As GDP began to grow following the Great Recession, put-in-place construction activity for buildings did not pick up rapidly and declined until 2014, five years after the start of the recession. However, construction starts picked up in late 2012 from an extremely low level increasing the demand for fabricated structural steel for buildings. The trigger for the increase in building construction activity was not an increase in the GWP, but the return of the number of people employed to pre-recession levels which did not occur until early 2014. This increased demand for office, warehouse and manufacturing space. 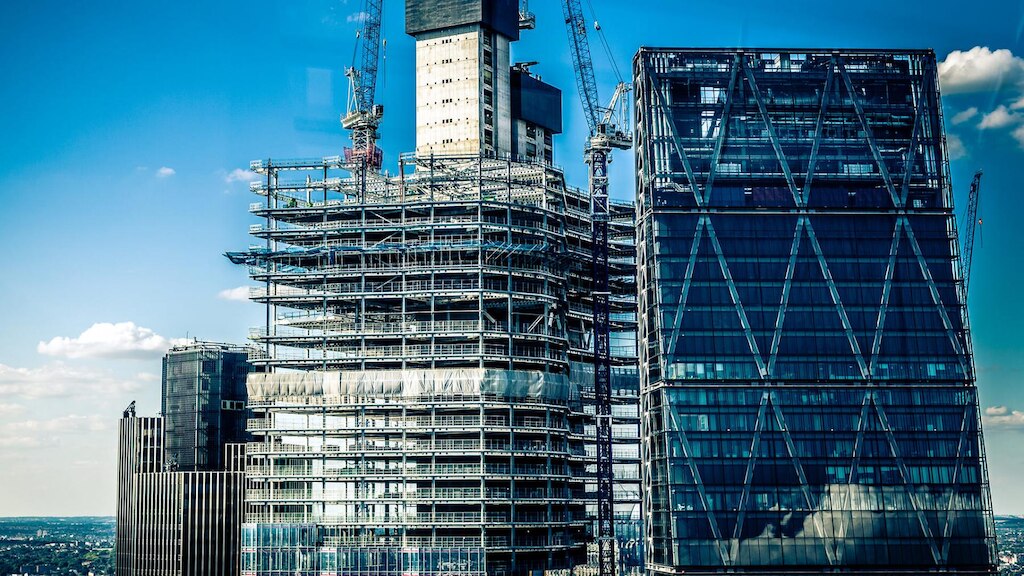 Going into the Great Recession the economy was overheated. Most project types were over-built with vacancy rates increasing and lease rates falling. Residential construction was particularly vulnerable as the result of new homes being built to meet the demand generated by sub-prime mortgages. Two quarters before the Great Recession began GDP dipped and the federal government reacted by sending cash to all Americans to drive consumer spending, which generated an unneeded stimulus when a cyclical correction was overdue. When the sub-prime mortgage market collapsed, the financial system turned inside out exposing fundamental flaws and weaknesses. These factors resulted in the Great Recession being longer and deeper than would have been normally experienced.

We are not in the same situation today. While the economy has been robust it has not been driven by demand as much as supply. Supply has been controlled by a remarkably low unemployment rate particularly in the construction industry. At the end of 2019, only the apartment market was in an over-supply condition with vacancy rates increasing.

So where does that leave us? No one knows how long the pandemic will last or how high the unemployment rate will go. Construction activity will decrease sharply in the building market particularly if construction sites are closed and the volatility in the capital markets (along with depressed oil prices) will slow industrial construction. Health care, pharmaceutical and warehouse construction may run counter to this trend. The drop may not be as large as that from the peak construction levels of 2007 and 2008 as current activity is below those levels and the market is not overbuilt as it was at that time.

Recessions are often categorized by letters...L, U, V and W. L is a long term recession that takes on a near-depression scenario with a lengthy stagnant economy; U is a recession that has a quick down, an extended base and a fairly rapid rise; V is a sharp drop followed by a slow rise; and W is an up down up cyclical pattern. The Great Recession was a V with a steep slope down, but a slow slope up. The condition of the economy and construction activity going into this period would suggest that we will see a U-shaped recession with the base of the U defined by the length of the pandemic. 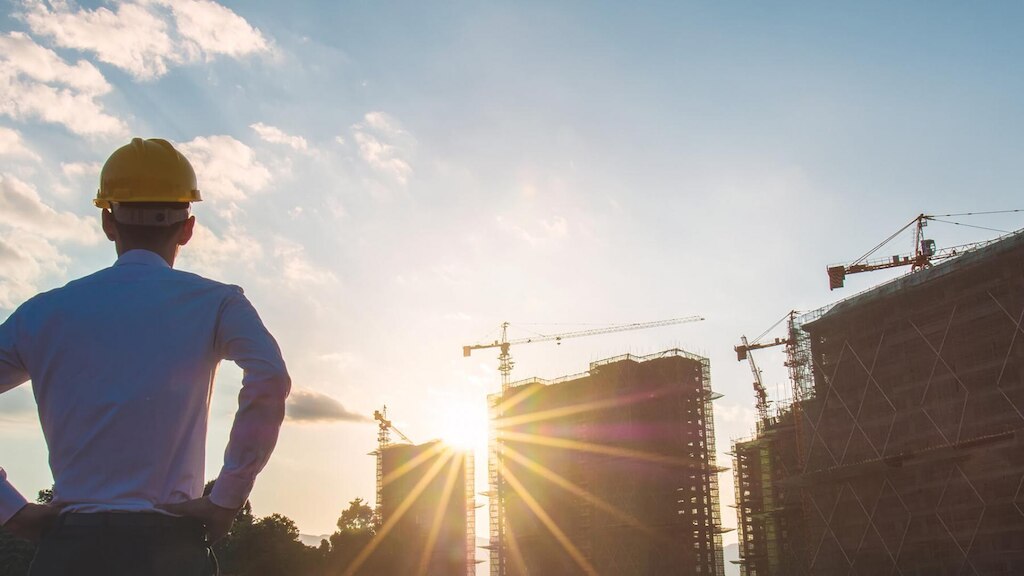 The recovery will occur and, in my opinion, will not be immediate but more rapid than that of the Great Recession. The shorter the time period of the pandemic the quicker the employment level will return to pre-pandemic levels. At the same time as GDP rebounds, the capital markets will regain strength fueling industrial expansion projects. The key will be to watch quarterly GDP levels, the total number of Americans that are employed and the confidence of capital markets in light of large federal deficits.

Contrary to my feelings at the start of the Great Recession, I am optimistic about the future of construction activity over the next several years. We are in a better place than we were then. Granted there are many unknowns, the greatest of which is the length of the pandemic, but we are going in with a stronger economy and more stable financial structure than was in place in 2008. 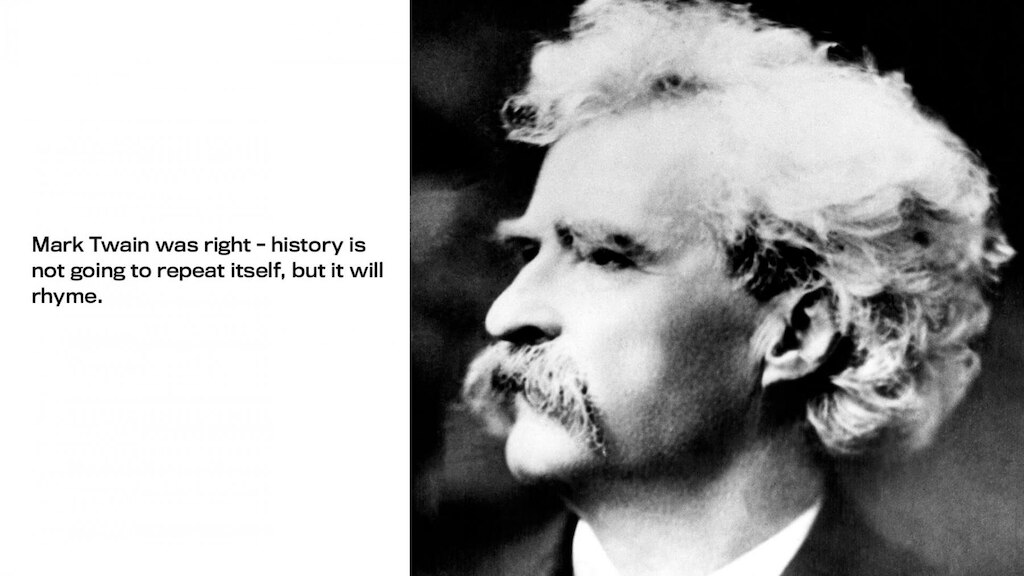 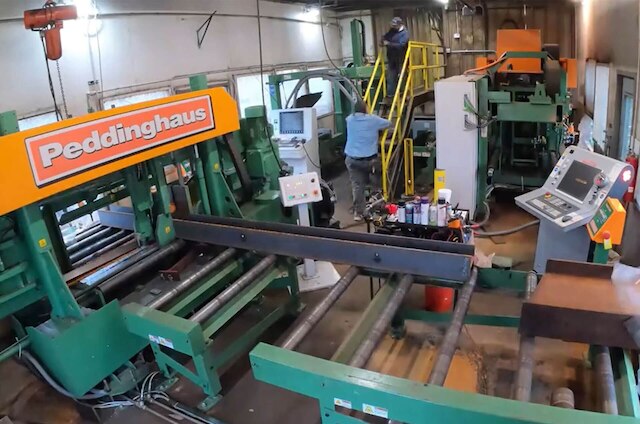 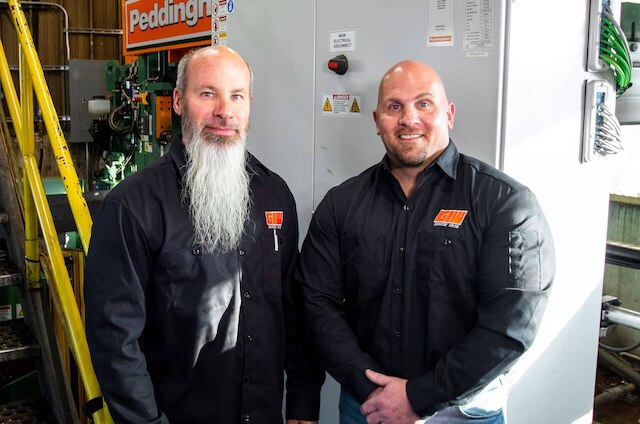 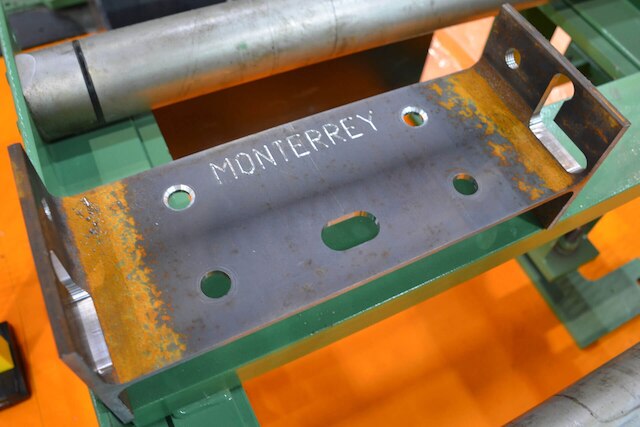 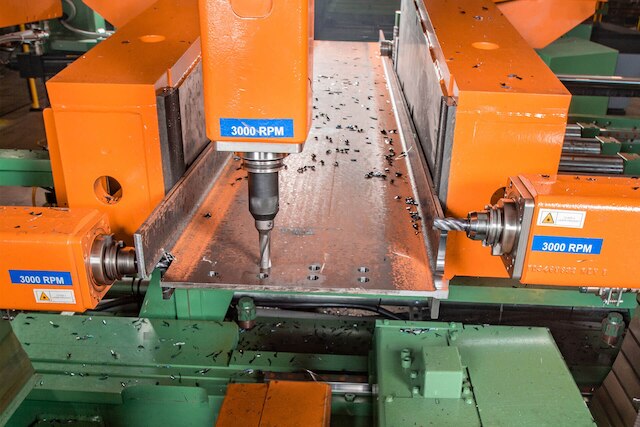